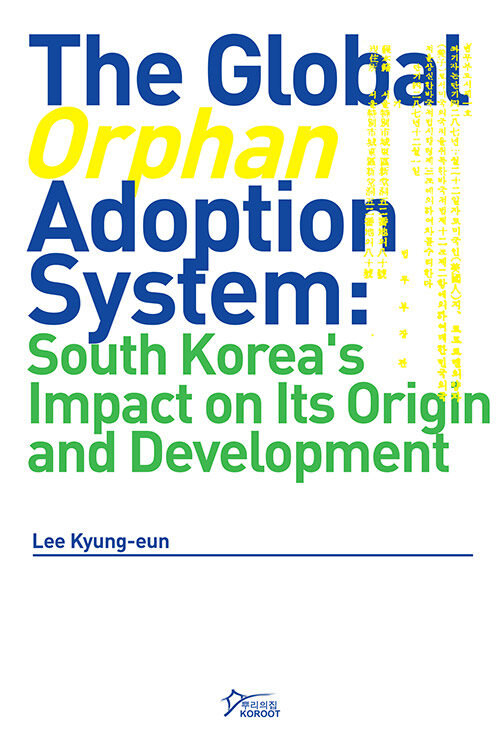 『The Global Orphan Adoption System』 uncovers how the South Korean government and private adoption agencies have systematically “made” orphans, all within legal boundaries. Those adoptees’ human rights have been violated on a massive scale. In her book, Dr. Lee points out the international society’s negligence and failure to act upon South Korea’s noncompliance with the international laws. She reminds the international community, especially those countries who adopts the “orphans” of South Korea, of their responsibility to demand countries like South Korea, which allows international adoption, to enhance their legal systems to protect child rights.

S. Korea is one of the major sending countries in the “transnational experiment of child care”, invented by the human community after World War II. Among all sending countries of adoptees, S. Korea is actually the country where the practice of inter-country adoption had its genesis.

She uncovers the fact that the S. Korean government and private adoption agencies as partners have made “orphans” systematically, widely, but ironically within legal boundaries. As a result, adoptees’ human rights have been violated on a massive scale. Dr. Lee points out the negligence of the international society which was aware of Korea’s failure in complying with the international legal system. She reminds the international community, especially those of the receiving countries, of their responsibility to demand that sending countries such as S. Korea enhance their legal systems in order to protect child rights.

Growing requests from adult international adoptees to find their identities and information on their adoption reveals much evidence that adoptees’ rights were violated by the inter-country adoption system. Many countries have begun to investigate past abuses and malpractices within the adoption system, and are finding a way to recover adoptees’ rights from the unethical and illegal practices which have taken place in the past, and which are still inherent within the system. This book should serve as invaluable guidance to government officials, legal experts, researchers and adoption-related stakeholders who wish to transform the current global “orphan” adoption system into the alternative care system for the best interests of the child.