A distant and beautiful place 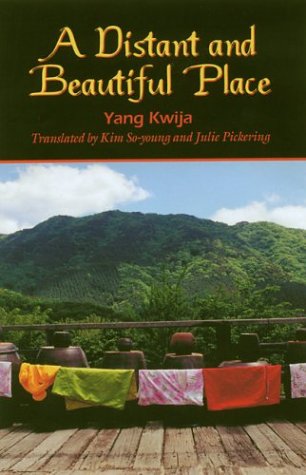 A distant and beautiful place

Somewhere on the periphery of Seoul, between the modern metropolis and the traditional farming communities, lies a “distant and beautiful place, ” the neighborhood of Wonmi-dong. Here, a young couple from the city struggles to make a home for themselves; a hapless “salary man” is forced into door-to-door sales after losing his job; a precocious seven-year-old questions the meaning of friendship and community. Everyone seems to be chasing the intangible dream of a better life. Set against the backdrop of South Korea’s breakneck drive for industrialization and economic development in the 1980s, these compassionate and often humorous stories capture the essence of modern South Korean life–including the ubiquitous atmosphere of violence and fear that clouded the country prior to democratization in 1987. They also depict the Korean people’s unfailing optimism and love of life. A Distant and Beautiful Place first appeared as a series of linked stories in literary journals between 1985 and 1987. Yang Kwija, one of South Korea’s most respected and popular authors, has since published dozens of novels and shorter pieces.